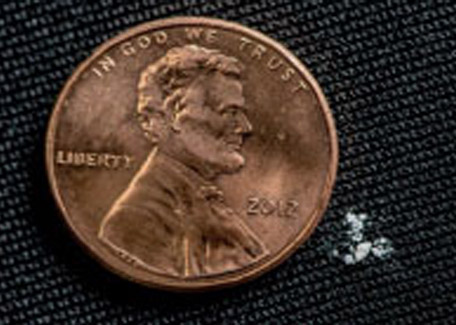 Why do I need Fentanyl remediation?

The safe, effective, and ethical decontamination of Fentanyl is especially important (and hazardous) due to the high-risk of accidental exposure. Even trace amounts can be deadly. According to the U.S. Department of Justice, Drug Enforcement Administration a lethal dose for most people is no larger than five to seven individual grains of salt, at two to three milligrams. Some overdose symptoms have been experienced within minutes of exposure.

Fentanyl cause more than twice as many overdose deaths in the United States yearly as meth. Its effects, though similar to morphine or heroin, are 50 to 100 times more powerful, making even small amounts extremely dangerous. Fentanyl is often added to heroin or cocaine to increase its potency, or it can be disguised as highly potent heroin. Many users believe they are purchasing heroin and do not know that they are instead purchasing fentanyl-laced heroin This is a frequent cause of accidental overdose deaths. The risks are further increased by the variety of ways fentanyl can enter the human body. Having Naloxone on-hand can help reduce the overdose risk by reversing the effects of an opioid overdose.

Lets work together to help get you through this quickly.